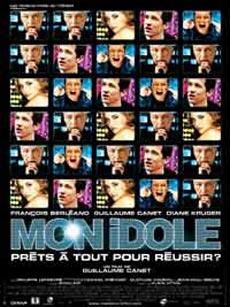 The new edition of the French Film Festival of Bangkok is coming soon ! From 16 to 27 June at the Major Cineplex (Central World Plaza), in the framework of the French Cultural Festival La F?te, you will discover a selection of 10 films released in the French theaters in 2003 and 2004. Some of the best French directors (Manuel Poirier, Gilles Bourdos, Tony Gatlif- who won the Best Director Award in Cannes this year- and Christophe Ruggia) and actors (Sergi Lopez, Julie Ordon and Ad?le Haenel) are coming to Bangkok to present themselves their films to the Thai audience.

Tickets are sold at the Major Cineplex. Price : 90 bahts.

All the information is available on the French Embassy’s web site www.france.or.th

The French Film Festival is organised jointly with The festival enjoys the support and active participation of companies at the forefront of the development of economic relationsbetween the two countries.

Mado, a famous actress, spends her summer holidays in her property in Brittany, in the company of her son Julien, who wants to become a film-maker, and of Brice, her lover of the moment, director of her last films. Julien is madly in love with Lili, a local girl who aspires to be an actress – and who is fascinated by Brice. One day, she suggests to Brice to leave everything behind to take her to Paris. Five years later, Lili is a famous actress. She’s not with Brice anylonger. She learns by chance that Julien is going to turn his first full-length film and that it is about her…

Fifty-year-old, Jean-Louis Broustal, a television producer, has all that he could wish for: a hugely successful career, a divine wife and money to burn. Bastien, lowly technician on his dubious show, knows he deserves a much better position. And although he lets himself be humiliated at Broustal Productions, it’s only because it allows him the opportunity of rubbing shoulders with Jean-Louis Broustal, his idol. When the latter invites him to spend the weekend at his home in the country working on Bastie’s concept for a new show it’s like a dream come true. But Jean-Louis will prove to Bastien that manipulating people’s emotions is his favorite pastime.

In Paris, in the1960s, Momo, a thirteen-year-old boy, is left to himself. He has an only one friend, Mister Ibrahim, an Arab grocer and philosopher on Blue street, who will introduce him to life, women, love and some great principles.

Victor, a family man, wanders on the roads with his teenage son, F?lix. He manages as best as he can and meets women under the not-very-lenient eye of his son. But this journey will be for F?lix a school of life. And his first loving encounter will help him better understand his father and to get closer to him. Their history is free and open as their wandering.

In 1948, Cl?ment Mathieu, unemployed professor of music, accepts a job of supervisor in a boarding school of rehabilitation for minors; the repressive system applied by the director, Rachin, upset Mathieu. By initiating these unruly children into the music and the choral singing, Mathieu will succeed in changing their daily life.

At the age of seven, Elise Gardet was witness of the murder of her mother. Since, she tries to forget this not resolute crime. Elise is 18 years old. She is beautiful, but suffocates in her middle-class family worn down by anxiety… Bruno Keller grew up on the edge of the city, between industrial fallow land and dry vegetation. To escape from a domestic universe that he hates, he walls in himself self more and more in his dreams of absolute. Only the contemporary art illuminates his life. Possessed by the quest of the white colour, Bruno tries to make a world of “beauty” in which he could merge… Bruno and Elise should have never met. And nevertheless…

Joseph and Chlo?, two children of a dozen years, were abandoned when they were born. While the sister is withdrawn into herself, the brother organizes their running away. He follows his sister and protects her, convinced that she is able to find the house of their parents and that, once over there, she will cure.

One day, Zano proposes this a little bit crazy idea to his partner in life Na?ma: crossing France and Spain to join Algeria and know, at last, the land that their parents formerly had to run away. Almost by challenge, with the music as only luggage, these two children of the exile take the road. In love with freedom, they let themselves exhilarate by the sensuousness of Andalusia – before deciding to cross the Mediterranean Sea. From a meeting to another, from a techno rhythm to a tune of flamenco, Zano and Na?ma remakes, in the opposite direction, the road of the exile. With, at the end of the journey, the promise of a reconquest of themselves?

In August, 1946, in Paris, in the district of the Jewish tailors, a clothing workshop for ladies decides to take up again its activities without foreseeing the possible problems which it can set. Extremely weakened but resolved to be there, four women, five men and some children make the bet of the life with fantasy and frivolity

When you’re married, a father of 3 kids and still want to have fun and play around, how do you reconcile love, women and children?